Today Megan’s preschool class put on a short presentation for their parents. This morning I was both excited and nervous about the prospect of seeing what Megan was “really like” in the school setting. 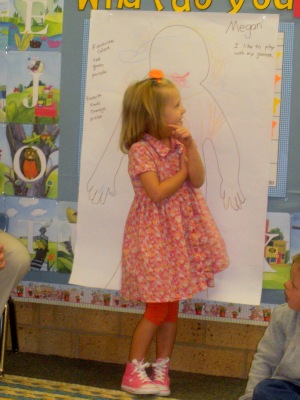 I have to say that I was pretty proud of my little girl today. No, I don’t believe that I am “prideful” regarding Megan and how awesome she is, but I definitely hold my head a little higher and my shoulders a little straighter just knowing that I am her mom. She was so fun to watch today. She was a little chatterbox during the presentation (each child stood up and told their name, their favorite food, their favorite thing to do, and their favorite color) and while I don’t condone her behavior (I kept motioning for her to keep quiet), she sure said some clever and hilarious things which earned chuckles from EVERYONE within earshot. Even I had a difficult time keeping a straight face.

Megan absolutely loves preschool. Every morning I threaten that she is staying home with me because I miss her too much and every morning she tells me she is going to school no matter what. Watching her today and seeing how brightly she shined was further testament to me that this is the right thing for her.

I sure love that little lady!!!

Megan was only two and half years old when Jack was born. I don’t think she understood much during my pregnancy; she never had any interest in feeling him kick or talking to my belly and she never really mentioned him or talked about him at all.

After Jack was born, Megan paid little to no attention to him. She didn’t like spending much time in his hospital room, and she didn’t really care to talk to him or touch him. There were a few moments when she showed fleeting interest, but those moments were few and far between. Obviously, things would have been very different had Jack been a healthy baby and had been able to come home to his family. Although it saddened me to see her indifference, I knew it was difficult for a two year old child to understand everything/anything that was going on at the time.

When Jack died, Megan had no idea what happened. She was delighted when we returned home. Happier then she had been in months, and maybe the happiest she had ever been. She didn’t notice or acknowledge Jack’s absence, she probably never even anticipated him being there in the first place.

This time, with this pregnancy, Megan is totally in to it. She rubs my belly and talks to her brother. She talks about him coming to live at our home and often suggests that we put the crib in her room. She knows that he is due to arrive in December and she can hardly wait.

A few days ago Megan asked me, “Is Baby Baby (that’s what she calls him) going to die?” I assured her that he wasn’t going to die, and wished that I could believe it so certainly for myself. After losing Jack, it’s so hard to picture bringing our second little son home. I try to imagine what it will be like, and can conjure up beautiful fantasies, but at the same time, I’ve had my heart ripped out before.

Megan’s understanding and excitement help give me strength and hope each day. And guess what? There are only eighty-four more of them until Baby Baby is due to arrive! 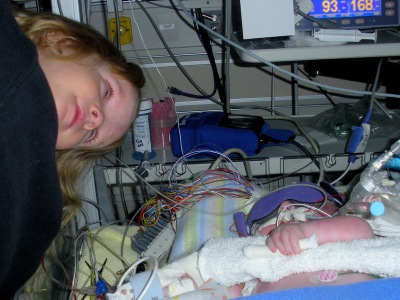 The babies just keep coming to the Marshall family!

You’ll remember that five Marshall siblings will welcome babies into the family in 2010. Baby number three of 2010, Tate Leon Marshall, arrived last night weighing in at seven pounds twelve ounces. He is just adorable! I am so happy and excited for my brother Tad and sister-in-law, Tracy. 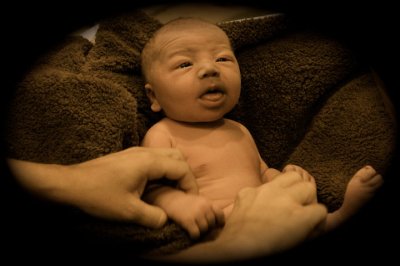 Because of my experience with Jack, I wait with bated breath as the mothers I know and love go through the birthing process. My poor heart can hardly handle the waiting, and I am so glad to report that both baby Tate and Mama Tracy are doing great!

Soon Marshall baby number four of 2010 will be arriving!

Somehow my goofy little brother convinced this drop dead beauty to marry him: 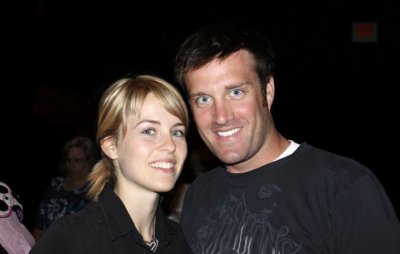 I’m actually totally excited for them. Besides being a gorgeous couple, they are both really great and amazing people. Megan whole-heartedly agrees that these two belong together:

CONGRATULATIONS Sam and Kaylee! We are SO happy and SO thrilled for you!

Well, today wrapped up Megan’s second week of preschool. She absolutely LOVES it! She is so anxious and excited to go each morning, and she is so happy and pleasant when she gets home. 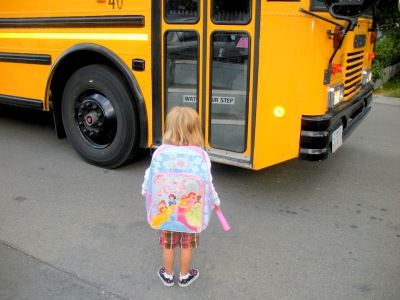 Several weeks ago, we had Megan tested for some developmental delays. It turns out that Megan is not developmentally “delayed” in any areas, but there was some concern when the results came back that she was remarkably far above average in intelligence while only scoring average in the areas of communication and social. The reason why Megan struggles socially and with communication is because the gap between these two areas and her intelligence is just so wide. I think the exact words used by the speech language pathologist were “her mind is just moving TOO fast”.

It was highly recommended that we put Megan into the preschool program that she is now attending. Adam and I had already been considering the idea, and after this testing we felt really strongly that it was what she needed. So far we have been thrilled with the results. Megan has already shown some subtle improvement. Things can only get better and better.

About the same time that Megan was doing her testing, Adam was also taking a pretty big test. PhD candidates have to take a PhD qualification exam in order to finish school with a PhD. They are given three chances to take the test, the first chance being before they even start the program, the other two chances take place during their schooling. If they don't pass the test after the three chances (which does happen), then they don't get their PhD. Well, I am pleased to announce that Adam found out yesterday…very much to his surprise…that he passed the test on the first try!! He still has several difficult years of the program ahead, but at least the test is out of the way. Congratulations Adam! I knew you could do it!!

If you ask Megan how she got so smart, she will reply: "Have you seen my dad? He's a rocket scientist!" I just love those two smarties!

In my defense, if you ask her how she got so beautiful she replies: “Have you seen my mom? She’s a fox!”
I’ll take it!

Don't Worry.
Create a free website or blog at WordPress.com.