We decided to have Charlotte’s baby blessing in Las Vegas. The children and I headed down a week early for a much needed Summer vacation. Adam had to teach all week so he flew in later.

The children were so GOOD on the drive down. I was a little nervous about going by myself with the 4 kids including a newborn, but the drive down could not have gone smoother! Charlotte didn’t cry even ONCE. Not ONE time! She doesn’t normally take a pacifier but I brought one along and she used it the entire drive! She slept on and off and we only had to stop once for lunch and to feed her. It was such a blessing! Prayers are answered folks!

We spent the entire week just being lazy and swimming a lot. Sarah and Sonya helped me with the kids at the pool, and Charlotte and I spent much of our time lounging poolside. 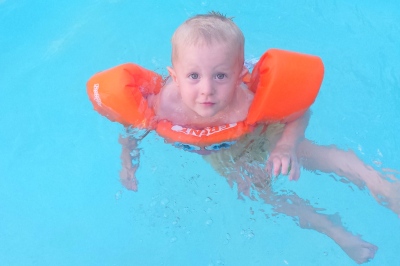 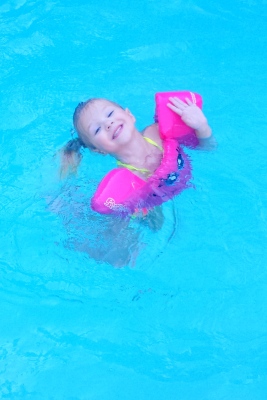 At one point, Alec flared up with a yucky rash. I am pretty sure it was a reaction to the amoxicillin he was on for an ear infection (Megan is also allergic to amoxicillin.) He didn’t act like it bothered him or anything, but it sure was ugly.

We also spent time at Grandma and Grandpa Johanson’s. We had a yummy barbeque there to celebrate Charlie’s blessing. The children also swam and many family and cousins got to meet the new baby for the first time. 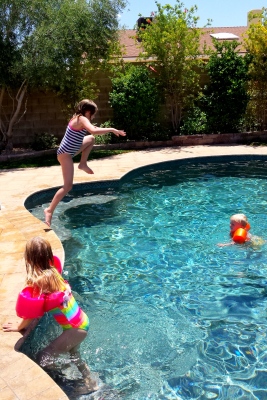 We ended the week with my birthday and Charlotte’s blessing (which will get its own post.) It was such a great vacation after spending much of the summer indoors with our new baby. 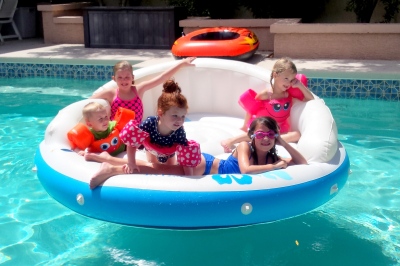