Megan got her tonsils removed on July 12th.  She had been snoring pretty intensely through the night and it looked as though she was struggling to breathe.  Her entire tummy would concave in with each breath and it just looked (and sounded) painful.  She would also frequently gag on even small bites of food.  I took her into our regular pediatrician, and he looked at her tonsils and said they were “huge” and that they would likely need to be removed.  So he referred us to an ENT, and the ENT said the same thing.  Her tonsils were like out of this world huge.  Seriously.  And she has such a tiny mouth the begin with!  So we scheduled the surgery.

We brought this video in to show her doctor and he said, “That’s exactly what I needed to see.  She definitely needs those tonsils out!”

Megan’s tonsils (hardly any room in there!):

Megan on the way to the hospital:

In her surgery get-up:

Megan and I: (I had had my wisdom teeth removed two days before her surgery, thus the puffy, puffy face.  We were a sorry lot, indeed.)

There was a little boy who was also six who had just gotten his tonsils removed and he was in the same recovery room as Megan.  He was having SUCH a hard time.  It was heartbreaking.  The nurse was not gentle with him either.  She kept saying things like “if you don’t eat your Popsicle or drink your water you will get worse and end up in the ER.”  When he would say no to the popsicle or drink she would say, “No is NOT an answer in here.”  And they would force feed him.  It was awful to listen to.  If I was the parents I would have been like, “uh-uh lady, leave my child alone.”  Megan would NOT have responded well to that treatment.  Good thing we were able to gently convince her to eat her Popsicle and drink her water and our nurse let us lead.  We were out of there in no time.

Megan’s recovery could not have gone smoother.  We tried to follow all the doctor’s instructions: to a “T.”  We were preemptive with her medication, we kept her drinking water (nonstop),  she only ate the things that she was supposed to (Popsicles, applesauce,  cheese, eggs, yogurt, ice cream, etc.)  We had her just rest, rest, rest.  She did not often complain of pain.  She just acted as though she didn’t feel well.  But overall, she recovered so well.  It was quite remarkable.

I’m not saying it was fun.  She was pretty miserable.  But it could’ve been much worse.  In the meantime, she has completely stopped snoring and she has not gagged on food once.  It was just what she needed.

By day eight she was almost totally better.  By two weeks out she was completely good to go.  She has such a sweet disposition.  There is not much that gets her down.  Love this girl! 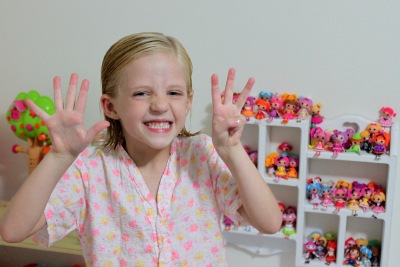 I can’t believe how behind I am on my blog.  I have several things I need to document.  I keep thinking as soon as Megan is in school I will have more time, but that’s still over a week away and I will be almost two months behind by then.  So I will try to get a few in within the next couple of days.

To start, my old BYU roommate and best friend Heather was in Utah right after the Fourth of July holiday.  I was able to go and visit her up in Heber City after church on July 8th.  She was able to meet my Jane for the first time and I was able to see how much her two adorable boys have grown.  We only get to see each other every couple of years, and it’s always great when we get together.

Too bad about the sunlight in our eyes!  Heather’s husband tried to warn us!  I love this girl!

And check us out back from when we were first roommates!  I think this was about 9 years ago!

Yes I was blonde at the time…

I miss you already Heather!  Can’t wait to see you again SOON!

We spent the Fourth of July holiday in Las Vegas.  Adam went out to the lake, and in the afternoon/evening, we all went over to Brother Joe’s for a swim party, complete with yummy food, swimming, fireworks, and baby Berlin.

Most of these pictures are from my sister Sarah.  It was a great day.

Sarah made these red, white, and blue pancakes for breakfast

Megan in her Fourth of July “get up” 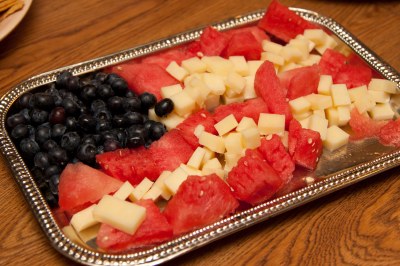 Berlin’s first trip out. Megan was born one day before Berlin, and her first trip out (in 2006) was also to Brother Joe’s on the fourth

All the kiddos enjoying a red, white, and blue popsicle 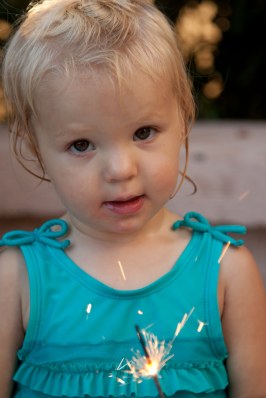 That evening, a small group went to watch the fireworks. Here is little Megan with Bradley and Tanner

We had a great holiday!  We love our country and are PROUD TO BE AMERICANS!!!!