On the last day of school, the entire student body at Megan’s school put on a Dance Festival. Each grade has a traditional dance they perform at the end of each year. First grade did the “Ribbon Dance.” Megan was the cutest little ribbon-er out there.

I didn’t get any pictures of Megan doing the dance because she wanted the entire thing on video. Oops! Here she is with her sister after though. 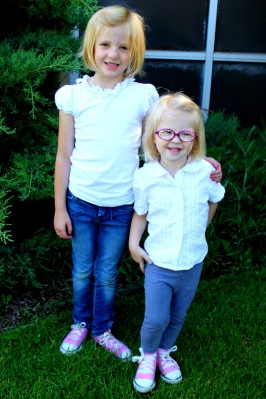 Megan had such wonderful teachers this year. Both were a perfect match for her. Her English teacher was patient and experienced, and her Chinese teacher was young and eager. Both had such wonderful things to say about Megan at the end of the year. Her English teacher got teary-eyed telling me how much she loved Megan and how much she was going to miss her. She was so proud of how far Megan had come and complimented her genuine sweetness and good heart. Her Chinese teacher was more impressed by Megan’s academic prowess. All year long, whenever she saw me, she would just get this huge smile on her face and tell me how great Megan was doing and how amazed she was by her. The last day of school she told me that Megan was just excelling in Chinese and was capable of using Chinese to a much further extent than any of the other students she had. It’s so funny that at the beginning of the year, she was telling us that Megan never ever seemed to pay attention. We told her not to worry, she was paying attention even though it didn’t seem like it. 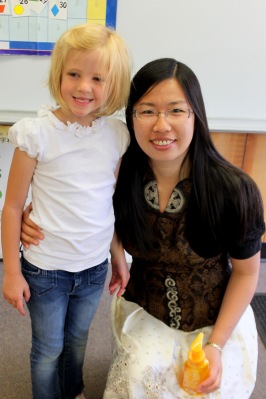 We decided to enroll Megan into a Summer school program that ran through the month of June. When school officially ended, Megan wasn’t ready for Summer to begin. She needed some help with the transition from all day school to all day Summer, so the summer school program was perfect. It was just three hours a day, four days a week. She is also participating in a Chinese program that was a week long in June and once a week through July. I think it’s a wonderful tender mercy that Megan will have school programs for 2 months out of the Summer. She doesn’t have to leave school abruptly, nor does she have to suddenly start up again in the Fall. A real blessing.

She is DEFINITELY enjoying Summer though!!

Let the fun in the sun begin!!!

On the day before the last day of school, Megan’s class put on a cute little play called “Caps For Sale.” Megan’s teacher is all about the arts (art, music, theater, etc.) so she did all sorts of wonderful things like this throughout the year.

Megan was one of the cute little monkeys. 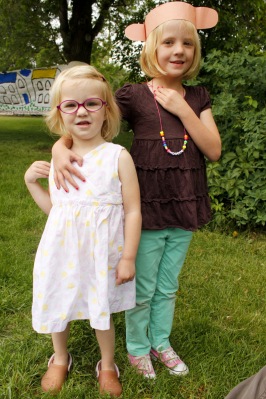 Megan’s sweet friend Karen was the peddler. Karen has always been so kind to Megan. Megan was lucky to have her as a classmate.

Megan loves any opportunity for her parents to come and see her at school. We are so proud of this little monkey!!! 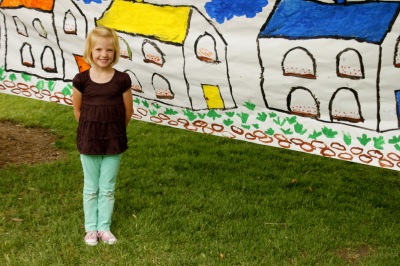 This girl. She is something else.

I am so crazy about her. Sometimes I will just sit and watch her play or eat or sleep or run around and I just can’t get over how much I love her. Corny, I know. She’s just got me wrapped around her little finger. Seriously.

She’s a whole lot of spunk and attitude, but she’s also super sweet and kind. 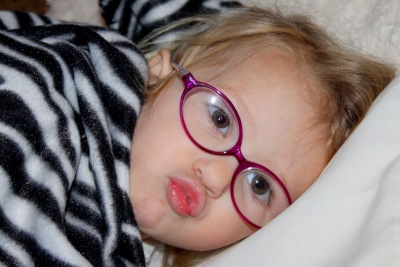 She’s got a knack for numbers and she loves spotting and calling out numbers she sees when we are out and about. She also loves colors too and knows all the standard ones. She thinks it’s pretty funny to call things by the wrong color though. Like when I ask her what color her hair is and she says “blue” and starts giggling like crazy. I’m pretty sure she learned that from me because I am the teaser in the family. She also knows almost all of her letters. She gets some mixed up, but she’s got them almost all down pat. She often will burst out singing the alphabet song at any given moment, and again she thinks it’s funny to mix up the letters (much to big sister’s chagrin.) 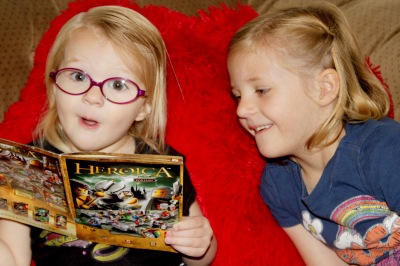 Jane has gone through obsession after obsession after obsession, but no obsession has hung around as long as her “Cars” obsession. We’re talking the Disney movie. She LOVES Cars. She has watched both movies a million times, but it’s not really about the movies. It’s about the toys. She has always loved her toys. We went through the sing-a-ma-jig phase and the Sesame Street phase and a few others, but Cars has been the longest lasting by far. She ALWAYS has to have a Cars toy on hand. In the shower, at the table, in the car, at church, in bed. ALWAYS. I am glad she has a little brother to pass the Cars on to. That makes every purchase a little easier to justify! 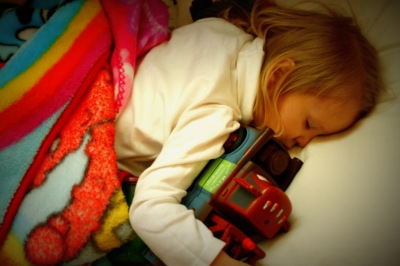 Jane really struggled when little brother arrived, and she wanted very little to do with him. Just recently she had a big turn around, and is falling more and more in love with him. She was also having pretty strong mommy attachment, but she is getting better about that too. Just the other day, she put her arms around me and said, “mommy, you’re my best friend.” She really is just the sweetest thing…when she wants to be!

Jane loves her big sister, and they play really well together. I think she is going to be in heaven when school is out, and she realizes she doesn’t have to say goodbye to Megan each day. They are so sweet and so cute together. I love watching my two daughters together.

I love my little Janie. This really is a very fun age. There’s nothing terrible about this two-year old!

Alec is just so sweet. I am serious. He is happy and calm and peaceful. I can not imagine an easier baby. He never cries. I mean NEVER. He falls asleep SO EASILY. I just pull him close and he falls asleep. He is never up at night. He goes down for bed and sleeps for 5-7 hours straight and then wakes up for five minutes to eat and then sleeps another 3-4 hours. He has never caused Adam or I one sleepless night. He has been a great sleeper from the get-go. I think he is debatably the easiest most perfect baby ever. 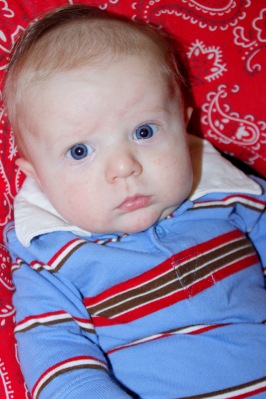 I think that it is really a tender mercy that he is so easy. I still deal with daily back pain and even with how easy he is, it is still hard on my back. I can not imagine what state I would be in…emotionally, physically, mentally…if he was a difficult baby. I am grateful every day that the physical toll of having a new baby has been so small.

Alec is so quick to smile. At his two month appointment, his doctor remarked that it took so little to get a smile out of him. At that same appointment, he weighed in at 12 pounds 12 ounces; my biggest 2 month old baby yet. He is just perfect. He still spends most of his day sleeping (in fact, his doctor said he sleeps more than most 2 month olds, but as long as he is alert and active when awake then I should just see it as a blessing. And I do.)

Oh and I have been meaning to mention Alec’s dimple. Both Alec and Jane have a very subtle dimple in their cheeks. It’s been hard to catch a good picture, but it’s there. 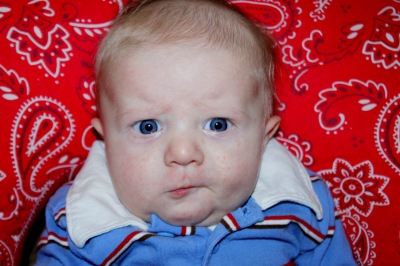 Our little boy is just growing before our eyes and it so fun watching him become a little person. He gets cuter and sweeter with each passing day. We all just love having him in our home! 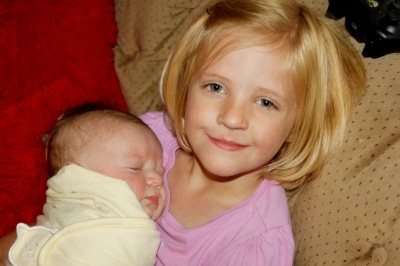 Hi. This is Megan. I want to tell you about my school’s art show.

My school did a lot of art during the year. At the end of the year, we had a big show to share all the art work. It was AMAZING. I loved taking my daddy to see the art. I showed him all my art and all the other art from the other grades. There are some captions on some of the pictures so you can know what the pictures are about. Thanks for reading my blog. Comment if you want. Love, Megan. 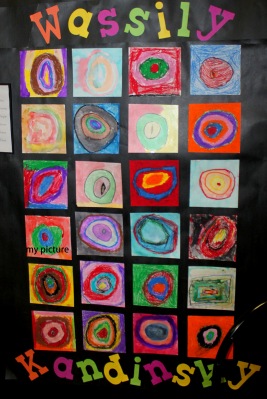 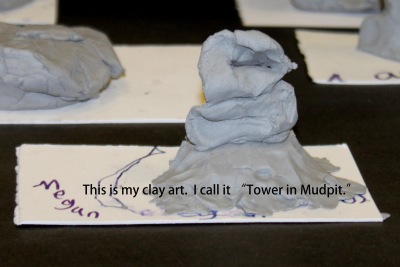 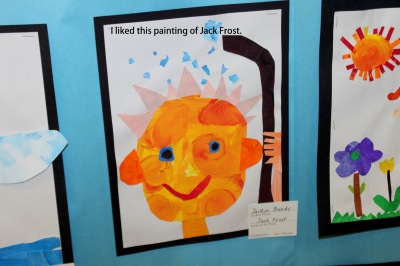 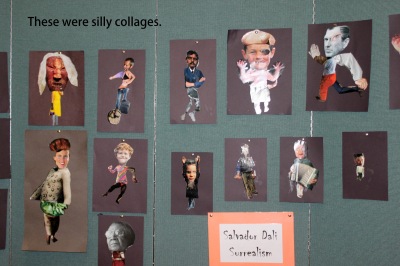 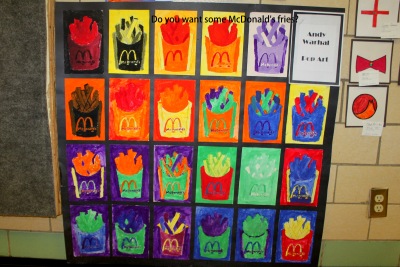 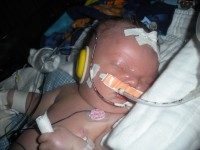